Home›Education›Introduction To Selenium : Career Opportunities In It
Education

Introduction To Selenium : Career Opportunities In It 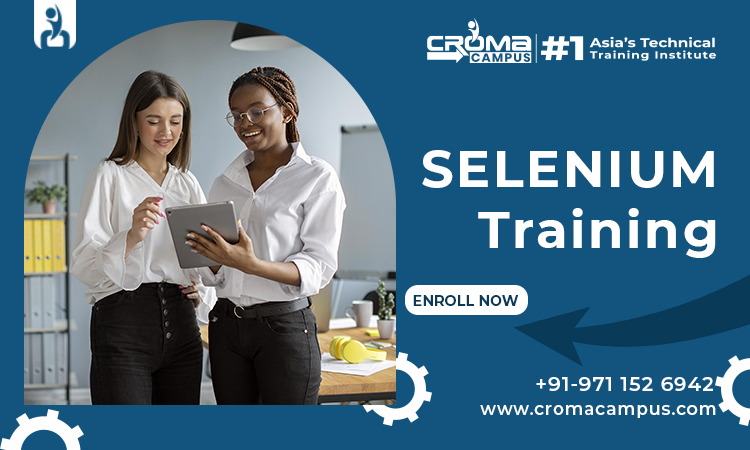 To begin with, Selenium is an open-source automated testing framework that facilitates cross browsing testing. In addition, it comes with a single interface and allows a user to write test scripts in programming languages like Ruby, Java, NodeJS, PHP, Perl, Python, and C#.

There are four tools in Selenium that are Integrated Development Environment (IDE), Remote Control (RC), Web Driver and Selenium Grid.

Selenium supports almost all the commonly useful programming languages like C#, Java, Python, PHP, Ruby, Perl, and JavaScript. Furthermore, it also supports all the operating systems like Android, iOS, Windows, Linux, Mac, and Solaris. Etc. It results in reducing time and increases the efficiency of tests by facilitating parallel test execution. Above all, this flexible tool allows test scripts to interact directly with the browser without requiring server installation. To further know about it, one can visit Selenium Online Course. Apart from these, given below are some of the features of Selenium.

Selenium is considered one of the best solutions among all the available automation testing frameworks. In addition, it is a non-proprietary software that is publicly accessible and free. It allows users to customize the code for better management along with amplifying the capability of built-in functions and classes. Moreover, it provides multi-browser compatibility and is capable of integrating with a testing framework like TestNG. Being able to operate in different browsers allows a large number of users to access and use the web application in their browser of preference. Due to these multiple benefits and features, Selenium has become a demanding skill in application development and software development areas.

Many leading organizations all over the world such as HP, Cognizant, Capgemini, Oracle, Accenture, and many more look toward hiring professionals in this technology. Thus, making it a promising career opportunity with a high-paying pay scale. Talking of our country India, the average pay scale of Selenium Automation Test Engineers is around ₹442k and the Senior Automation Engineer gets up to ₹800k per year. Furthermore, the salary keeps on increasing with one’s industry experience. Many institutes provide Selenium Training in Delhi and one can enroll in them to start a career in it. Apart from these, given below are some of the common job roles that an automation testing company can offer.

Take A Tour to Palma

Top 10 Most Popular OTT Platforms You Must Know About It